Frank Potter earned his doctor of philosophy degree from the University of Michigan and taught in New York and Kentucky before coming in 1912 to what was then Washington State College. At WSC, he taught Latin, Greek, and Italian, as well as philosophy. In 1949, shortly before his retirement, he was instrumental in the founding of the college’s Department of Philosophy.

Frank Potter is especially remembered for his concern for students. The home of Frank and Irene Potter was the gathering place for groups of students and faculty who met to discuss issues and ideas, listen to music, and share their experience of the liberal arts.

Particularly notable was Professor Potter’s preparation of students applying for Rhodes Scholarships. Ten of his students won that most prestigious award, a unique achievement for which the International Rhodes Scholarship Office cited the Potters.

Professor Potter stood firmly in the Greek tradition in his conviction that logical analysis and clear thinking are the tools of wisdom, in his tracking of an idea to its ultimate presuppositions, in his conception of reality as a stately edifice of timely essences, in his moral seriousness tempered with irony, in his opposition to whatever is fragmentary and provincial in thought, and in his insistence that life should form a unified whole.

You can support the Potter Lecture by giving to the Frank Fraser and Irene Potter Memorial Lectureship Fund.

You can also support philosophy students at WSU through the Frank Fraser and Irene Potter Memorial Scholarship Fund.

The Frank Fraser Potter Memorial Lectureship was initiated shortly after his death in 1959 by an anonymous gift from a former student.

This generous donation supported the initial lecture, given in 1961 by Antony Flew of Oxford University, as well as several succeeding addresses by equally outstanding philosophers.

The Division of Humanities and Social Sciences, forerunner to the College of Liberal Arts (now the College of Arts and Sciences), lent support on several occasions, and the lectureship is currently sustained by an endowment accumulated over the years with donations by the friends and colleagues of the Potters.

View the complete list of past Potter lecturers here 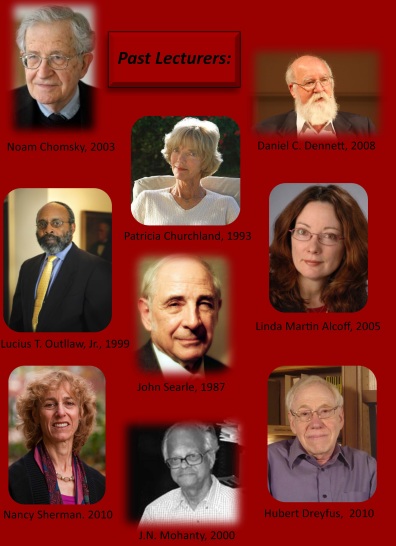