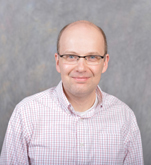 Welcome to the School of Politics, Philosophy, and Public Affairs at Washington State University.  The School offers a full range of undergraduate and graduate courses leading to the B.A. degrees in Political Science, in Philosophy and in Public Affairs (on our Vancouver campus), the M.A. degree in Political Science (including a Certificate in Global Justice and Security Studies), and a Ph.D. degree in Political Science.  Students who graduate from our programs are imbued with a desire to engage in life-long learning and are also very competitive on the job market.

In addition to teaching and public service, faculty and graduate students engage in problem-oriented research addressing some of the most pressing political and philosophical issues of our time including global climate change and environmental policy, bioethics, health policy, national security and international terrorism, political communication, global justice, and political psychology. Many of the faculty embrace interdisciplinary research programs that allow for a multi-dimensional approach to addressing societal issues and problems.

Timothy Chatburn successfully defended his dissertation “Beyond Geography: Rural and Urban Place-based Identity and Partisanship in the United States.”  He also accepted a position as an adjunct faculty member at Spokane Falls Community College.

Mark Fagiano has a book release October 6th, Practicing Empathy: Pragmatism and the Value of Relations. Grounded in the philosophical tradition of American Pragmatism, Fagiano’s approach demonstrates the practical benefits of adopting a broad and pluralistic understanding of empathy as both an idea and a practice.

Mark Fagiano had an article, “The Problem of Free Will”, accepted for publication in The Journal of Speculative Philosophy, which dissolves the problem of free will and reconstructs it for pragmatic purposes.

Michael Goldsby is leading a team – The Climate-Based Human Migration Project – that was recently awarded $35,000 of seed funding.

Jacob Lewis was selected for a Research Fellowship with the Anti-Defamation League focusing on conspiracies and antisemitism.  He also has a forthcoming publication with Sedef Topal (a graduate student here at WSU) in Political Psychology.

Joe Campbell co-authored Berlin and Gandhi on Value Pluralism with Samiksha Goyal (Monash University) and presented at the American Philosophical Association, Pacific Division Meetings.  He was also awarded $500 from the Institute for Humane Studies (IHS), Hayek Fund for Scholars as Research Support for Compatibilist Strategies: A Defense of Freedom (now titled Free Will, Political Liberty, & Flourishing: A Nested View of Freedom).

Mark Fagiano presented a paper, A Genealogy of the Problem of Free Will in Atlanta, GA at the American Philosophies Forum.

Travis Ridout had an article, Body Language and Gender Stereotypes in Campaign Video, accepted for publication in the journal Computational Communication Research (https://www.aup-online.com/content/journals/10.5117/CCR2022.1.007.NEUM)

Cheryl Ellenwood was quoted in a Guardian article titled, From ‘tribes’ to ‘powwows’: summer camps finally reckon with abuse of Indigenous traditions (https://www.theguardian.com/music/2022/apr/05/american-summer-camps-rethinking-indigenous-names-rituals)es-rituals

Tricia Glazebrook gave a lecture titled Agriculture, climate impacts, and adaptations in sub-Saharan Africa: A case study of women’s farming in north-east Ghana, West Africa to the Office of Global Women’s Issues at the U.S. Department of State.

Jacob Lewis has recently published two articles, in Social Movement Studies and Political Geography.  In addition, he presented at the International Studies Association.

Sedef Asli Topal is going to represent her listed individual papers at American Political Science Association’s Annual Meeting in September: “The Love and Hate Relationship of Al Qaeda and the Islamic State: Blood Brothers in the Sahel, Backstabbers in the Middle East” in the Division of the Middle East and North Africa Politics”, and “A Relational Theory of Rebel Alliances: Interactions and Level of Cooperation.”

Jacob Lewis was awarded the PSR Best Paper Award for 2021 (Corruption Perceptions and Contentious Politics in Africa: How Different Types of Corruption Have Shaped #Africa’s Third Wave of #Protest)!

Graduate student Furkan Cakmak and Travis Ridout have a short paper forthcoming in the Forum section of the journal Political Communication.  The paper examines the impact of the introduction of digital political ad libraries on media coverage of online advertising.

Joe Campbell gave a public lecture titled, “Apology for Free Will” at the Malcolm Renfrew Interdisciplinary Colloquium at the University of Idaho.

Tricia Glazebrook was first author on a paper called Gender and sustainability: Learning from women’s farming in Africa, published in the journal, Sustainability (impact factor 2.576), in collaboration with Emmanuela Opoku from the University for Development Studies, Navrongo, Ghana.

Tricia Glazebrook’s entry on “Wissenschaft” has been published in The Cambridge Heidegger Lexicon, edited by Mark Wrathall and published by Cambridge University Press.

Season Hoard and Amy Mazur received a revise and resubmit from the American Political Science Review for their article, “Payments and Penalties for Democracy: Gendered Electoral Financing in Action Worldwide,” with Ragnhild Muriaas ( University of Bergen).

Bill Kabasenche has the following publication forthcoming: “Community Based Participatory Research and its Potential Role in Supporting Diversity in Genomic Science,” (with May, Bogar, Dick, and Spellacy), Journal of Health Care for the Poor and Underserved (forthcoming 2021).

Bill Kabasenche’s publication “Forgetting Myself: Self-regarding ethical responsibilities in the use of memory modifying technologies,”is forthcoming in the American Journal of Bioethics Neuroscience.

Amy Mazur will be submitting the final manuscript to Oxford University Press of an edited volume titled: Gender Equality and Policy Implementation in the Corporate World: Making Democracy Work (edited with Isabelle Engeli of the University of Exeter).

Travis Ridout’s manuscript (with Erika Franklin Fowler and Michael M. Franz) was accepted for publication in the Journal of Information Technology and Politics.  The manuscript is titled, “The Influence of Goals and Timing: How Campaigns Deploy Ads on Facebook.”

Mark Stephan was interviewed by Troy Brynelson from Oregon Public Broadcasting, and the story got picked up by NPR’s Weekend Edition for NPR for national broadcast.  List to Mark speak about the impact of the Trump impeachment vote on Rep. Herrera Beutler: https://www.npr.org/2021/02/14/967723558/after-speaking-out-on-impeachment-herrera-beutler-heads-toward-clash-with-her-pa

We are a non-partisan public policy institute, focused on bringing world class speakers to our public events; supporting student internships in public service; and supporting scholarly research on public policy and political institutions.