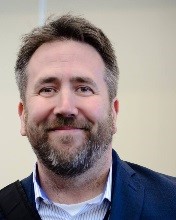 Research:
My core research interests are in the fields of philosophy of science, philosophy of biology, and philosophy of ecology, but much of my work takes me into the neighboring fields of epistemology and environmental ethics. My recent work has focused on the relation between prediction and explanation, the use of models in science, and the peculiarities of natural state models – i.e., models that describe the behavior of a system in the absence of forces. My current CV contains a lot of good information about my recent work, as well as some of my plans for the very near future. I describe some of my other research interests below.

Scientific Baselines and Scientific Disagreement:
The uniqueness thesis is the view that a given body of evidence supports at most one rational doxastic attitude toward a given proposition – e.g., belief, disbelief or suspension of judgment. In the epistemological literature on disagreement, many are growing to doubt the uniqueness thesis. Some even argue that for any given body of evidence E and any two hypotheses h1 and h2, there is no unique evidential favoring relation such that E supports h1 over h2 (or vice versa). If this latter claim is true, then that would mean that two scientists carefully considering the same evidence could rationally come to different conclusions about which of the two incompatible hypotheses the evidence supports. That would falsify the claim that the sciences are evidence-driven disciplines. I hope to defend the thesis that there can be a unique evidential favoring relation, but only if both hypotheses assume the same natural state model. Unfortunately, of course, the contrapositive of that claim also holds. What is equally unfortunate is that uniqueness also fails at the level of natural state models, which should not be too surprising given that such models are untestable. However, I want to consider the possibility that our choice of natural state models might be uniquely determined by pragmatic reasons related to our scientific goals. This is an area of on-going research, which I hope will lead to the development of a framework that can be used to discover which natural state models best meet our scientific goals.

Biodiversity and Stability:
The diversity-stability hypothesis states that an ecosystem’s stability increases along with its diversity. The hypothesis seems intuitively plausible. However, it has been shown to be mathematically untenable. At the same time – and quite perplexingly – it has also been confirmed by empirical research! This seemingly paradoxical situation resulted from some conceptual confusion over how to characterize stability. The current consensus is that there are over fourteen different concepts of stability, which means there are over fourteen different diversity-stability hypotheses – some true and some false. Many view talk about the stability of an ecosystem to be talk about its natural state, suggesting that there are fourteen competing and possibly incommensurable natural state models. I think that this view is mistaken and that stability is not an expression of a natural state, but rather something that is the result of forces acting on the ecosystem.

Additionally, I am interested in the moral value of biodiversity. Many think that biodiversity ought to be preserved for instrumental reasons, as the resulting stability will be good for the morally considerable members of an ecosystem. However, if there are over fourteen different concepts of stability – some of which are actually negatively correlated with diversity – then we need to ask which kinds of stability are actually beneficial for the members of an ecological community and whether diversity actually promotes the beneficial versions of stability.

Philosophy of Global Climate Change:
Climate models are notoriously complex. As such, climate scientists make idealizing assumptions, which result in high levels of uncertainty – at least at the local level. Furthermore, with continued climate research we are discovering that our estimates of uncertainty about local conditions are increasing! Our best predictive models are unable to reliably predict the local behavior of the climate very far into the future. Dealing with this considerable uncertainty presents a problem with regard to policy decisions related to climate change. In an adaptation context, if we were to use the predictions of the more pessimistic variety, we may end up over-committing resources to adaptation that could be better used elsewhere. On the other hand, if we were to use the more optimistic predictions to inform our policy decisions, we might devote too little resources too late. The problem is that we have no idea as to how optimistic or pessimistic to be. I am interested in how we might manage such extreme uncertainty. I have recently taught a course on the philosophy of global climate change, which is one part philosophy of science, one part climate science, and one part environmental ethics/policy.