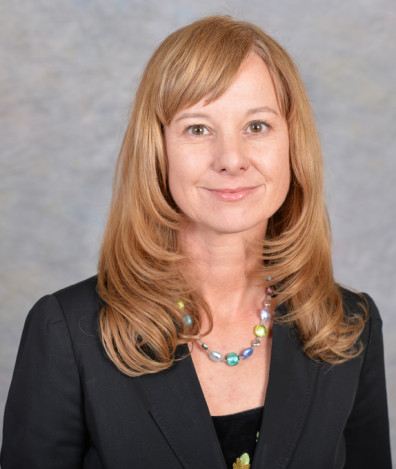 Dr. Leeb, who is originally from Austria, was recently promoted to Associate Professor. Before coming to Washington State University, she was an Assistant Professor at Roanoke College and Dartmouth College, and held post-doc positions at Harvard University and the University of Chicago.

Dr.  Leeb is a feminist political theorist, who works at the intersection of feminist theory, early Frankfurt School critical theory, and psychoanalytic thought. Her research exposes power structures in contemporary capitalist societies, to help create more inclusive communities where subordination and exploitation cease to exist, and everybody has a chance to thrive. Two questions drive her research: First, what are the mechanisms of power that subordinate the working classes, women, and minorities in contemporary societies? Second, what can we do to transform these mechanisms of power to create more just societies? In her recent research, she addresses these questions in three coinciding research areas: political subjectivity, political guilt and democracy, and the rise of the far-right.

Dr. Leeb has a published or forthcoming book in each of these recent research areas. In her Power and Feminist Agency in Capitalism: Toward a New Theory of the Political Subject (2017, Oxford University Press), she coins the novel concept of the feminist political subject-in-outline to envision an agent who transforms power structures in capitalist societies. In her The Politics of Repressed Guilt: The Tragedy of Austrian Silence (2018, Edinburgh University Press), she develops the innovative concept of an embodied form of reflective judgment, which shows us how critical judgments need both thinking and feeling, and how a nation’s failure to live up to guilt about atrocities committed in the past diminishes critical judgments in present democracies.

In 2022 Dr. Leeb completed her new book Analyzing the Far-Right: A Dialectics of the Socio-Economic and the Psychological, which is currently under review with a University Press. In this book, she explores the mechanisms of power that allowed the far and extremist right in the United States and Europe to exploit the suffering created by precarity capitalism for its political ends. Numerous scholars have engaged and reviewed her books, underlining her research’s impact. Furthermore, because of her expertise in studying power in various contexts, Oxford University Press recently invited Dr. Leeb to write a book on the concept of power for their A Very Short Introduction book series, which she is completing this academic year.

She teaches politics and philosophy courses in Washington State University’s School of Politics, Philosophy, and Public Affairs. She offers undergraduate courses on the Development of Marxist thought, Feminism and Philosophy, Gender and Politics, Contemporary Political Theory, and Classical Political Thought. In addition, she offers graduate courses that introduce graduate students to the core political theory and philosophy fields and supervises doctoral candidates in political theory and philosophy.