Since 1997, the Thomas S. Foley Institute for Public Policy and Public Service at WSU has been kind enough to sponsor a truly unique and bridge-building series of luncheon lunches 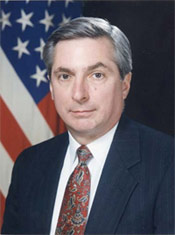 involving faculty, military officers, and graduate students from across the WSU, University of Idaho, and Lewis–Clark State College campus communities. The series has also received support from The Institute for the Study of Inter-communal Conflict at WSU.

The Joseph Kruzel Memorial Foreign and Defense Policy Luncheon Series is named after the U.S. diplomat and assistant secretary of defense who was killed during a peace mission to Sarajevo, Bosnia, in 1995 and was established to carry on a tradition he began at the Mershon Center of The Ohio State University prior to his government service.

Recognizing that there were no real forums for scholars, graduate students, and military practitioners from across scattered campus communities to interact with one another under normal circumstances, Kruzel established informal, monthly luncheon sessions in which presentations would be given on various foreign and defense policy topics, followed by meaningful discussions and interactions among the assembled specialists in these fields.

Since its inception in 1996, the WSU luncheon series has helped to build collegial relationships across disciplines and universities, hosting presentations by both academics and military officers. It has provided a rich environment for cross-fertilization and feedback, which participants have been able to apply in their own research or professional roles. Further, it has provided a wonderful opportunity for graduate students to hear presentations relating to their own areas of interest and participate in discussions with a range of experts and practitioners from across the foreign and defense policy realms.

Among the topics that have been presented during the past several years: U.S. Policy Towards North Korea; Future Security Relationships in a World of Biological Weapons; Challenges for U.S. Homeland Security; The Role of U.S. Special Forces and the Global War on Terror; The Threat of Bio-terrorism; Asymmetrical Threats and Adaptive Enemies; Reflections of a Former Bioweapons Inspector in Iraq; The Problem of U.S. Border Security; U.S. Military Policy and the Invasion of Iraq; International Policing; Posse Comitatus; Homeland Security and the Problem of Organizational Design; What You Don’t Hear in the Media: Reflections on Idaho National Guard’s Recent Iraq Deployment; and Assessing Foreign Leaders-at-a-Distance to Assist Policy Makers: Or How We Profile People We Haven’t Met and Try to Predict What They Will Do.

All luncheon sessions have traditionally been strictly non-attribution in nature and have not been held as public forums or open to the press for reporting. This secure environment was intended to allow more frank and open discussions among group members who may not wish their comments to be part of the public record (which is especially important for the military officers in the group).

For more information about this series, contact Dr. Thomas Preston at tpreston@wsu.edu. 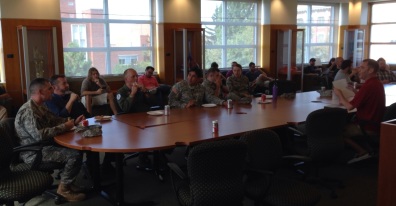 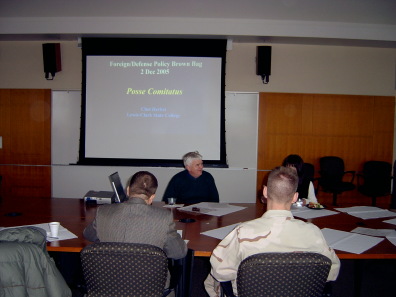 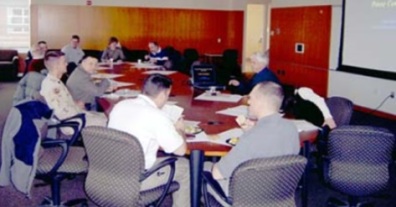 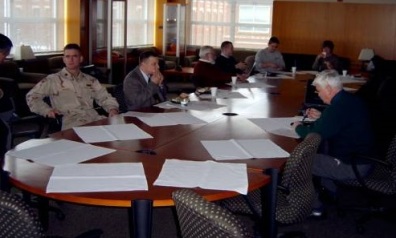