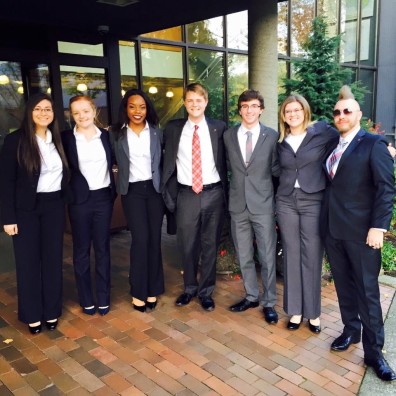 This year was the 8th year in a row that we sent a team, The Kantsequentialists, to Intercollegiate Regional Ethics Bowl in Seattle. They were magnificent!
To begin with, going to the big Bowl in Seattle is already the culmination of a great deal of work. In early September the Association for Professional and Practical Ethics sends out 12 cases in applied ethics, and our team went right to work researching the cases in order to present our recommended resolutions to the various ethical dilemmas. This sets the ground for the debates, the main events of the Ethics Bowl. The teams are paired off to debate their respective responses to the cases before a panel of magisterial judges. Sometimes it gets pretty lively, though throwing things is rather discouraged.
In our three matches this year we first fought the defending National 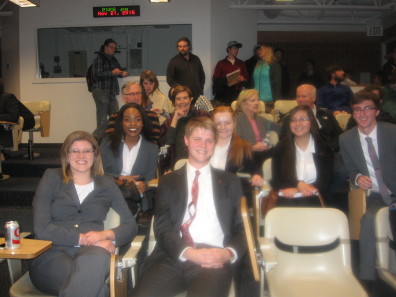 Champions (the evil Philosoraptors from Whitworth) to a draw, then we crushed, albeit with considerable civility, Montana State by 30 points (out of 160), and then we lost a very close (very questionably judged) match to Arizona State’s Ethicats by four measly points. Many onlookers said that they would have decided the match very differently, and not all of these were parents of our students. In the end, this was Whitman’s year: the good Philosofalcons carried off the Regional Trophy and will proceed to Nationals with top billing. The winner from our Region has won the National title 4 out of the last 6 years. In sum, we are happy to hold our own with the best teams in the country, and already chomping at the bit for next year. 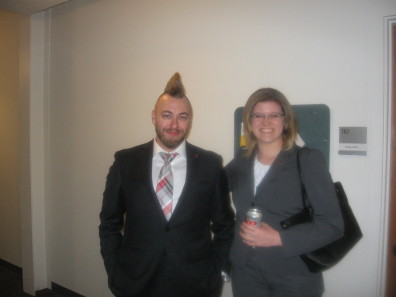