What do faculty do on their sabbatical? Every six years faculty have the opportunity to apply for a one or two semester professional leave. Here is what two of our faculty members did during their sabbatical leave last year.

Amy G. Mazur C.0. Johnson Distinguished Professor, What I did on my sabbatical ……
My leave year was divided into three “chapters”.

CHAPTER 1 (LONDON)
I spent the Fall as a Research Fellow at Birkbeck College at the Humanities Institute in London. There I worked on the Gender Equality Policy in Practice Project ( GEPP), which I co convene with Joni Lovenduski and Isabelle Engeli, through a Working Group for which we were able to secure funding through Birkbeck’s Social Science Institute.
GEPP’s goal is to conduct a systematic cross-national study of the implementation and impact of gender equality policies in western post industrial democracies. Over 80 researchers cover 24 countries across seven policy sectors (care, equal employment, gender-based violence, higher education, immigration, intimate citizenship, and political representation). We seek to collectively answer the crucial question of whether the past 30 years of policies that formally promote women’s rights and gender equality have actually achieved these goals in practice, outcomes and results. Data collection is being launched in 2016 and the group’s aim is to have findings in all of the issue areas and a capstone multi methods analysis published in 2020.
While at Birkbeck, our working group planned and held, in December, a two day meeting of GEPP’s executive council. There, we decided to formally establish 7 issue networks; provided feedback on member research proposals; developed a recruiting plan for additional team members and a funding application strategy to secure largescale network and research grants. 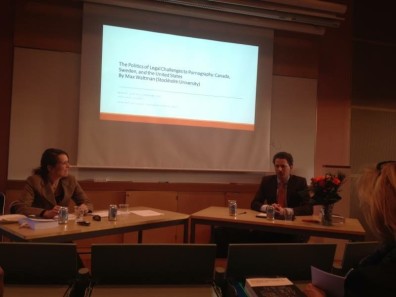 I also served as an opponent, the external examiner, on a Ph.D. dissertation defense at the University of Stockholm in December.

CHAPTER TWO (USA)
I came back to the USA from January through March. I continued work on a new measurement to actually assess gender equality policy success, with four GEPP colleagues, and presented papers on our approach at Arizona State University to the gender and politics group of the School of Global Studies and at a meeting at Florida 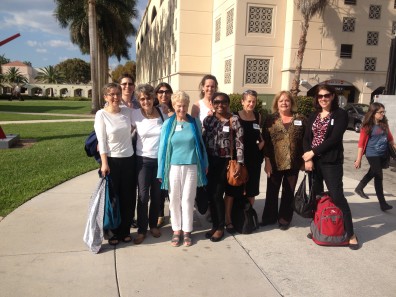 CHAPTER THREE (PARIS)
From April to June, I went back to Europe, at the European Studies Center at the Institute of Political Studies in Paris (Sciences Po Paris) where I have held a visiting researcher position since 2011. During my three month stay there, I continued my work on GEPP, further developing our measurement and presenting our paper, with Isabelle Engeli, at the European Conference on Gender and Politics in Uppsala, Sweden. I also worked on building the French Team for GEPP and was able to recruit French and British researchers to cover all 7 of the policy areas in GEPP. As a team, we were able to meet with members of the French Women’s Rights Ministry to develop research contacts and potential funding.
Also at the ECPG in Uppsala we held some crucial meetings with the GEPP executive board and over 45 research members to move ahead the research. 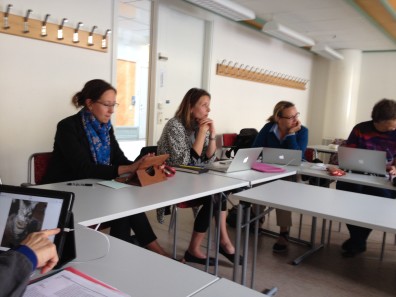 Throughout the year, but also while in Paris, I continued my work as co editor on the Oxford University Press Handbook on French Politics with Robert Elgie and Emiliano Grossman – a 32 chapter book on the state of the study of French politic, begun in 2012. The three of us were able to meet in Paris to discuss the final stages of the project, including the specific division of labor on co authoring the introduction and conclusion. We will be submitting the final manuscript to the publisher before Christmas this year. I also was able to put the finishing touches on a chapter I co authored with Anne Revillard, also at the CEE, on Gender Policy Studies in France.

My sabbatical year was incredibly useful for me and helped us to significantly advance the various projects with which I am involved. Thanks to this year of collective work, GEPP is well on its way to conducting a large-scale international study on an important area of public policy and our OUP Handbook project is now nearly completed. Many thanks to the School and the College of Arts and Sciences for providing me with such an amazing opportunity to develop professionally, rarely seen outside of the academic world.

Mark Stephan Associate Professor, What I did on my sabbatical …… 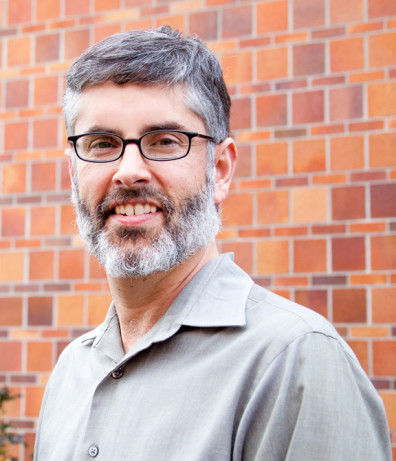 risk governance across the US States. Working with colleagues at Western Washington University and at the University of Kansas, he spent the year further developing the group’s theoretical framework, began the qualitative data collection for the project, and gave presentations at five different universities across the US. Highlights included a presentation at the Ostrom Workshop at Indiana University and the opportunity to see the University of Kansas men’s basketball team at historic Allen Fieldhouse (go Jayhawks!). Weeks before the sabbatical began Mark learned he had received a three-year NSF grant for his planned research. The timing could not have been better.